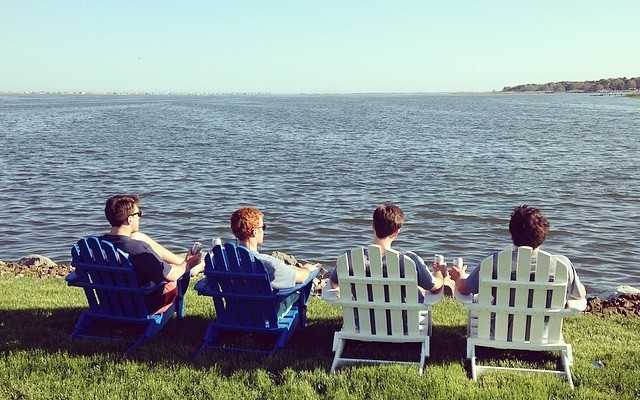 I changed my preference to Organ donor on my driver’s license two years ago. There’s nothing charitable about this, because I will be a bag of meat of the kind I buy at the butcher when they take my organs.  It should be expected that everyone agree to donate their organs after death, in order to carry out doing your responsibility to humanity.  Praising it as some great deed is nonsensical, because you are dead, and you have concluded your rental of this vessel of flesh.

I went over to see my friend Elise’s the other day and it brought the organ donation back up in my mind when we watched the movie Repo Men, mainly because I will watch anything that Jude Law is in.  The movie takes place in the future, where artificial organs can be purchased on credit and loaned to people.

“Do you think you would ever become an organ donor?” I asked.

“No, that’s just gross. I wouldn’t want my heart continuing to beat in someone else’s body after I’m dead.” My friend Elise said.

“If they bury you in the ground, your vital organs decompose and become worm food. That’s not gross to you?” I said.

“The process of death and the body’s repose is sacred. It is not something I want to mess with.  It’s playing God.” She said

“Would you take your Apple TV remote home when you fly to the west coast for work for a few days? No, because then Kristen couldn’t watch any TV all weekend. That’s just unnecessarily cruel. Same principal applies.” I reasoned.

“Kristen is a slob and she leaves her Doritos all over the couch.  I don’t owe her anything.” Elise said.

“Ok, look at it this way.  I’ve lived a pretty mediocre life, good deeds wise. I don’t go out of my way to help people less fortunate than me, or even really with people I am close with, I mean I do enough to be considered decent, but I’m not winning any volunteer medals.  If I can sign a paper that says yes, use my body when I’m dead, maybe I can bump up my lifetime batting average just enough to get me a meeting with the admissions officers of Heaven. Its probably still a long shot to get in, but why not make one last ditch effort.” I reasoned.

“No. You think they have score keepers like this is some ice skating competition? Why are we even still talking about this?” She said.

“Your the one whose so worried about your precious little dead body.” I said.

“Ok, now you just sound like a deranged psychopath. I’m done listening to these sick masochistic fantasies of yours. It’s like you get off on this shit, Pete.  I’m sure your in fine standing with your heaven quest.”

I think if I ever had fair warning from the guy upstairs when I was going to go, I would write a sticky note and put in on my head and say, use this brain for research on biological markers for depression and start breaking the stigma.

There should be a law mandating gravestones be ripped out of the ground 100 years after a person is buried in order to make room for new bodies. By that point in time, every person the departed soul has ever known is dead and no one actually visits the grave anymore. I think about death too much.

I spent 3 hours swiping on the app dating app Bumble today. I’m a robot at this point; a non-sentient automaton. Apparently a lot of girls in New York City and Long Island are “fluent in sarcasm” and like “Beer, pizza, football” and they “Work hard, play harder.” They like Netflix too, which is of course a very unique quality.  New York and English speakers are just boring in comparison to the sassy Madrilenas and Scandinavian college beauties in Madrid.  Each girl would rent space in my head and infect my brain with a virus of infatuation. I probably fit the description for internet addiction, certainly porn addiction.

I would live a significantly happier life in I was born in the 1970s when people were not burdened with the stress of the internet. All the studies show that 20-somethings and teenagers had way more sex back then. Also, I could have a mustache and not be considered a pedophile. The kids back then weren’t spending their whole life behind a screen paralyzed by the billions of options at their finger tips 24/7.

The internet is the forbidden fruit and we are all Adam and Eve, we are shackling the generations that come after us with the modern version of original sin: internet and technological advancement.  The internet has created the epidemic of the sales douche bag. He is always promoting himself and trying to launch the next great deal, “Get in while prices are still low! One time offer!” These are the same people that say  “When you interview for a job, you’re selling yourself to this company. You want to have a strong personal brand.” I wonder if these tools ever turn off the selling button on the back of their head; next to where it says Made in China.

I always rag on actors and singers that do commercials; mega stars like Ben Affleck or Katy Perry, who sell themselves like they are a boner pill or a heart medication. Yet they insist on continuing to be called an artist. Here in the U.S. pharmaceutical companies can make long, dramatic commercials about two old people getting in a hot tub together and eventually fucking, we are led to believe.   I have to have dinner with my parents in front of the TV and cringe. These pharmaceutical TV commercials are illegal in most all other countries beside the U.S.. Bill Hicks said you are off the artistic roll call once you start doing commercials, you are a corporate shill for some big company and you are contaminating your creative work with the money motive.  Remind me of this post when I start putting ads on my site.

If I had the financial means, I would own a self-sustaining island resort where all electronic devices and phones were strictly prohibited. We would not even have a landline phone, because I believe a well thought out letter sent by the postal service is unparalleled in delivering the bare essentials of authentic sentiment, without all the other bullshit. For the writers who want to be published, we would write on type-writers. There would be no fluorescent lights to throw off our circadian rhythm and we’d sit around a bonfire at night talking out our desires and emotional struggles. Our species didn’t evolve to handle the server traffic in our brains of the modern day, brought on by the hundreds of millions of potential people that can be “known” superficially on a computer. The average 14 year old today has already seen more supermodels with perfect bodies than entire continents saw for most of our evolution as humans.

The island project would be an experiment in shunning this eternal state of lust after the new and sexy products that our society has come to worship. We would work at fostering a tightly-knit tribe of the sort that the hunter-gatherer neanderthals had. The objective would be to eliminate interaction with people not in our actual physical proximity, in other words: eliminate the virtual world of screens.

If I don’t keep up on TV shows and sports then I am considered weird these days, because I don’t subscribe to the spectator-as-life-vocation lifestyle. “Give them bread and circus, to keep them fat, content, and ignorant to how fucked our society is.”- every large corporation and powerful government ever.

Site update: I am changing the name to The Sober Hombre because it is much shorter and half the time I spell transcendence wrong.  I want the name to be user friendly for people.  I hope to launch the new site with a nicer layout and features within the next few days. All visitors to this page will be automatically redirected to the new page when it is up and running.

2 thoughts on “Death and Dating apps”

I live in New York.